Forever Forward: Speaking Out Against the Escalating War on Women in Wisconsin

Guest post by Ryan Wherley
After a day that had already seen the silent protest of brave citizens silenced by a Republican cabal intolerant of dissent, I was disappointed that I didn't get a chance to vent my emotions through song on Thursday, June 13th. Following the horrifying and emotionally draining session that resulted in the passage of the forced ultrasound bill for women seeking legal abortions, I couldn't stop shaking and mere words seemed insufficient. Nevertheless, once the gavel dropped and the session was adjourned, I was so infuriated that I made a spontaneous decision to respond to what had just happened—Wisconsin Senate Bill 206.

I stood up and as I was leaving the gallery, I yelled down to the Republicans on the floor that they should all be ashamed of themselves and that they should be especially ashamed for raping the state of Wisconsin and for legislating the state-ordered rape of women in our state. I am not proud that I did it, but I felt that I simply couldn't let them silently leave as if the unconscionable action they just took had never happened, so I didn't.

As I was on my way out of the gallery, I was followed by two of the nine Capitol Police officers who had been closely monitoring my friend Bill and me. They proceeded to follow me down the hallway outside of the gallery and eventually told me I had to leave the building. I knew what they were up to as soon as they followed me, but the attention was unnecessary overkill, since I hadn't disrupted the proceedings and had left the gallery of my own volition. I said I understood them not allowing me back into the gallery but that the rules passed by the Republican Assembly in January said nothing about individuals removed from the gallery being forced to leave the building. I was then called by my first name by Ofc. Bauer (whom I have never introduced myself to but who has seen my name on the citizen blacklist maintained by the Capitol Police) and told that if I chose not to leave, I would be placed under arrest. I opted to leave, casually escorted out of the building by the two officers.

Unfortunately, my personal police escort put the brakes on the melodic outpouring I had planned on unleashing in the nearly deserted Rotunda. Having just witnessed the Repugs appallingly and flippantly legislate away a woman's right to make medical decisions regarding her own body, lord knows I needed the release. As far back as I can remember, singing has always has always been the emotional rock I have clung to when the stormy seas of pain and despair were churning all around me. This night was definitely no exception. 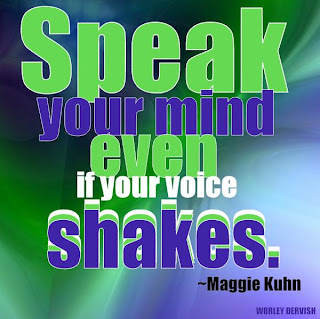 My new job prevents me from attending the Solidarity Sing Along that has come to mean so much to my soul and to my outlook that someday, things will get better, no matter how long it takes. So, I took a page out of Callen Harty's book on Friday, stopped by the Capitol after work and belted out “We Shall Overcome" from the acoustically perfect blue diamond on the floor of the Rotunda. There was barely a person around and likely no legislators, but after what I witnessed Thursday night, singing from that hallowed ground was the only thing that could even remotely rebuild my frayed nerves and demoralized soul. The thought of walking back into that building without crying seemed impossible otherwise.

My lonely song of defiance certainly didn't change a thing. After all, GovernEr Scott Walker recently expressed his unabashed support for the bill while intentionally underscoring the magnitude of its implications, telling AP reporters, "I don't have any problem with ultrasound. I think most most people think ultrasounds are just fine." At some date in the coming weeks, Walker will assuredly be signing SB 206 into law in some back alley of Wisconsin, surrounded by his right-wing extremist sycophants and away from the prying eyes of the women and men appalled by this despicable governmental intrusion.

My song certainly didn't change a thing in Fitzwalkerstan, but it did strengthen my resolve, elevate my spirits and remind me that no matter how bleak and futile things seem, we just have to keep on fighting.

To echo Michael Moore, I refuse to live in a state like this. And I'm not leaving.

Wisconsin is my home and I'm not giving it up quietly. Forever Forward!
Posted by Unknown at 11:06 PM