The Roar of Our Engines

While the media and political hacks argued earlier this week about whether or not Chrysler's two-minute halftime Super Bowl ad starring Clint Eastwood was meant to be a veiled endorsement of President Obama, I was struck by an altogether different question: Is this really who we want to have telling us who we are?

Because so many people have seen the ad, because it is so effective and powerful, and because there's been so much chatter about it, it's worth examining it more closely. What stories does the ad evoke? What does it say about who we are? Is this really who we are? Is it who we want to be? Is this how we see ourselves? Or is it just how the Chrysler corporation wants us to see ourselves?

Many favorable responses to the ad have streamed by in my Facebook newsfeed. It has generated lots of enthusiasm. In a tweet on Sunday night, Michael Moore referred to it as a "sermon":

And Clint, the consensus is u done a good thing standing up 4 Detroit--& your sermon seemed 2 b a call 2 give O his "second half." #sellcars

The story the ad tells is one we like, one we've heard often, one we want to believe. It is optimistic in a bootstrappy kind of way. It appeals to our sense of national pride. That it's Clint Eastwood who delivers the message is in fact an important part of the message. Mr. Eastwood conjures visions of everything from Rowdy Yates in Rawhide (if you're old enough) to Dirty Harry (even if you're not old enough) to Walt Get-Off-My-Lawn Kowalski in Gran Torino (2008). He's tough. He's manly. He's in charge. If he's on your team, you feel safe, protected, secure. If he's on the other team, you're screwed.

While Eastwood is saying "we all rallied around what was right and acted as one," we see a series of black-and-white still shots of families and then we move on to color shots of families in—surprise!—cars and trucks. When he says "because that's what we do," we're watching a dad drop his son off at school. Because, you know, it would have been so much less cool for the kid to walk or take the bus. As Eastwood is saying "we find a way through tough times, and if we can't find a way, then we'll make one," all the images are of people either in vehicles or loading them. By now the viewers are eating this stuff up with a spoon. We're tough! We're determined! We can do it! Ruh!

As Eastwood asks "how do we win?" we return to footage of Dirty Harry Mr. Eastwood. We see a close-up of him as he says, "This country can’t be knocked out with one punch [mouth almost closed, teeth clenched, exuding defiance, determination, grit]. We get right back up again, and when we do, the world's going to hear the roar of our engines."

The roar of our engines. This is what the entire ad has been leading up to. We are America. Hear our engines roar. We are car people. People of the road. We have a collective love affair with the automobile. That this has been true ever since Henry Ford rolled the first Model T off the assembly line makes this a story that is readily invoked. It's one we all know deep down and by heart. We are all of us a part of this story.

Chrysler isn't just trying to sell you a car in this ad. It's reinforcing our identity as a nation of car lovers.


Perhaps, though, it is time for us to turn a corner, to go down a new road. Might we be so bold as to develop enthusiasm for other, better ways to get around? Could we call on our collective ingenuity to transform ourselves into a nation smitten with public transportation?

I lived for a brief time in Amsterdam, where you can go to a nearby train station—without ever checking a schedule—and be assured that in no more than fifteen minutes a train will be departing for any Dutch city you care to visit. And the return trip will be just as easy. It's fast, convenient, inexpensive, and even fun. I loved that. I miss that. I long for that.

Building more and better public transportation networks in and between our cities would create jobs and reduce congestion. They would be safer, less harmful to the environment, and more readily available to everyone. They would be a collective enterprise that would benefit not only those of us who need to get around but also those of us who breathe. Think of it. With a really good public transportation system, we'd need fewer auto repairs, have fewer car accidents, spend less on gasoline. Very likely even our insurance rates would go down.

Improving our public transportation could also mean a metaphorical transformation, a change in how we see ourselves. As people of the car, each of us moves around separate from everyone else. We are isolated and on our own. As a public transportation nation, we would get where we're going together. That would be a new story that would be a gift not only to ourselves but to our children and to the planet.
Posted by Unknown at 7:42 PM No comments:

In his desperation to stay in office, Governor Scott Walker is throwing huge sums of bad money after more bad money. In fact, the only thing he has going for him is moola, most of it from out of state. Well, that, and a "quirk in state law" that enables a politician being targeted with recall to raise unlimited funds while the signatures are being collected and counted.

Walker raised more than $1 million per week from mid-December to mid-January. According to Mike McCabe, director of the Wisconsin Democracy Campaign, "The governor has raised more than any candidate for any state office in Wisconsin history." And he can continue to raise unlimited funds for another couple of months while the recall signatures are being counted.

Not having any quirks in their favor, Walker's opponents are just not going to be able to compete with him in the fundraising department. But there's a crucial arena in which Walker can't hope to compete with his opponents: people. One million signatures that can be translated to 1 million votes against Scott Walker. Ed Garvey, creator of the Fighting Bob Fest, crows that "that would be like a football team starting on the 30 yard line of the opponent."

Even more important than those 1 million signers are the 30,000 Wisconsinites who worked tirelessly for two months to collect a total of 1.9 million signatures, including more than enough signatures to recall Walker, Lt. Gov. Kleefisch, and four state senators. It's highly unlikely that those 30,000 will retreat to their living room couches for the remainder of the recall fight.

But there's still the very real concern of how to answer the deluge of big money pouring into Walker's campaign. Ruth Conniff at the Progressive describes Ed Garvey's wild idea of how to address that concern:

Instead of trying to compete and raise tens of millions of dollars, whichever candidate emerges to take on Walker should try to "shoot the moon," Garvey says. That means rejecting money from PACs, super PACs, corporations, unions, and, especially, out of state donors.

Instead of turning over the energized, grassroots recall effort to the professionals to wage a TV ad war costing millions of dollars, Garvey wants to see a recall election that looks a lot like the campaign to gather the signatures to recall the governor in the first place.

This idea ... will draw a lot of skepticism, to say the least. After all, what kind of a winning strategy calls for unilateral disarmament? Letting Walker rule the airwaves might be the dumbest thing a candidate could do. Political suicide.

Or, it just might be a stroke of brilliance.

Ed Garvey at the 2011 Fighting Bob Fest
I submit that Garvey's idea would be a really gutsy stroke of brilliance.

Contrary to what Xoff at Uppity Wisconsin suggests, the idea is not that Walker's opponents shouldn't raise any money at all. It's that they should be very particular about where the money they accept comes from. And Garvey does not suggest that Walker's opponents should be passive, as Xoff decries. Far from it! In fact, to be successful, a squeaky-clean people-powered campaign would require more hard work from candidates and volunteers alike than the usual money-driven negative-ad extravaganza.

Xoff cites the recent Florida GOP primary as evidence of the efficacy of negative television ads. But that election is a very different kettle of fish than the Wisconsin recall. That election presented a choice between candidates that voters show a distinct lack of enthusiasm for. It's not as if any of the GOP contestants are drumming up much in the way of people power.

In other words, the Florida GOP primary is a quintessential case of politics as usual, whereas the Wisconsin recall is anything but. In Wisconsin we have more grassroots momentum than the United States has seen since the civil rights movement. It's worth remembering that since the Wisconsin uprising started nearly a year ago, we have also seen the rise of the Occupy Wall Street movement all across the country and indeed around the world. The sleeping giant has awoken. We the people are fired up.

We're incensed about big money calling all the shots in our government. We're fed up with cronyism and backroom pay-to-play dealing. We're infuriated by elected "representatives" who listen only to money and never to constituents. We're sick of having to vote for a "lesser of evils."

This is a singular moment in which the people are as engaged as they're ever likely to be. And that means we have the opportunity to do more than just kick Walker out. This is nothing less than our chance to directly address the corruption of big-money-driven "legalized bribery" that is our current political system. 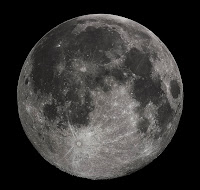 As Garvey argues, "The real question in the recall is not which heavily financed politician will run enough ads to win. It's whether our democracy has finally completely collapsed. This battle in Wisconsin is, finally, a battle over who will rule—millionaires and billionaires who want to buy our state government for their own nefarious purposes, or the people of the state."

Roll up your sleeves, Wisconsin. This is our moment to shoot the moon.
Posted by Unknown at 11:36 AM No comments: