Immigration and the Labor Market 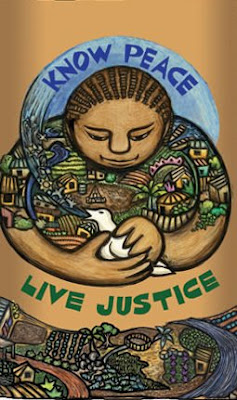 I missed this New York Times editorial because it was published on Christmas Day, when I and many others were otherwise occupied, but fortunately I caught up with it eventually, and I hope many others will as well. What I'm jazzed about here is that the incoming administration seems to understand the direct link between immigration -- both authorized and un -- and the U.S. labor market. That is good news for everyone, not just immigrants.

The best news is that the proposed labor secretary, Hilda Solis, "has built a reputation as a staunch defender of immigrants and workers." According to the editorial, "what Ms. Solis and Mr. Obama seem to know in their gut is this: If you uphold workers’ rights, even for those here illegally, you uphold them for all working Americans. If you ignore and undercut the rights of illegal immigrants, you encourage the exploitation that erodes working conditions and job security everywhere. In a time of economic darkness, the stability and dignity of the work force are especially vital" (emphasis mine).

Here's my oh-so-radical notion of what needs to happen to fix our utterly broken and brutal immigration "system." People who are able to find full-time employment in this country should be allowed to live and work here. Period. If we're going to have a truly global economy, and there is no way to escape globalization, then people -- like commerce and goods -- should be allowed to go where the markets are, in this case, job markets. Like other markets, this one needs regulation and oversight. Fine. I'm not suggesting we just fling wide the gates and invite everyone else to gorge themselves on our pie.

We need a system whereby immigrants who are already working here can obtain authorization (for themselves and their children and spouses) to stay. And then we need a means whereby a limited number of migrants wishing to work in this country can come for a limited amount of time to look for work, in a limited job market (or markets) where such workers are needed. Employers need to cooperate with immigration services, whose job it would be to help employers find qualified workers and to help qualified workers find jobs.

Immigration needs to be removed from the Department of Homeland Security and instead be its own entity. Issues of immigration are not issues of security. We are not being "invaded"; we are being helped by people who want jobs that most Americans are unwilling to take, people who are willing to work very hard, often in more than one job, just for the chance to feed and care for their families.

I assert that the the right to work should be considered a basic human right. Why some consider this a radical notion is beyond me. But if it's radical, well, then, so am I. I don't believe our borders need to be "defended," not from good tax-paying workers anyway. I believe workers should be welcomed, that workers already in this country will benefit from such a system -- all of them, immigrants and U.S.-born workers alike.

Progress on this issue is all the more likely because Latino communities all over this country helped to elect Barack Obama on November 4, pushing some previously "red" states into the "blue." Issues of fair immigration laws are near and dear to many in Latino communities. There's no doubt that Barack Obama knows that he cannot afford to ignore the pressing needs of immigrants and workers in this country. And from all appearances, he's already making a good beginning.

Of course, we must also directly address the fear, xenophobia, racism, and nativism that underlie the current policies of ICE raids and terrorizing immigrant communities, workers, and their families. That will be a much harder job than coming up with a workable and humane immigration system that would ultimately benefit everyone.
Posted by Unknown at 5:32 PM