My husband works for the US Postal Service, so the assault on the USPS certainly affects us directly. Nothing short of our livelihood is at stake. But that's only part of why I am determined to do all I can to help save the post office. The loss of the US Postal Service would have widespread and devastating effects on all of us. It would have an adverse effect on our unemployment levels, our economy, our commerce and community life. It is not an exaggeration to say that the loss of the US Postal Service would affect every single person in the country.
The USPS is under assault from many different angles: massive closings of post offices across the country, massive closings of processing plants, breaking union contracts to make massive layoffs, going to five-day delivery, reduction of service standards for first-class mail. This is a long-planned and well-coordinated attack, a nightmarish game of Whac-A-Mole with threats on all sides. And not even one mole has yet been whacked.

Any one of those threats could lead either to the complete demise of the US Postal Service or to such a serious downgrade that the USPS would essentially become an arm of the direct marketing association. 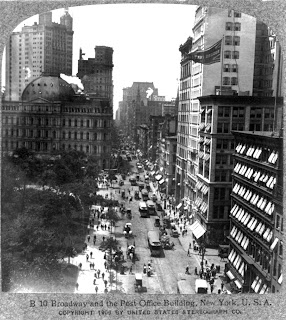 The US Postal Service is the second-largest nonmilitary employer in the United States, second only to Walmart. In the last four years, the number of USPS employees has been reduced by 110,000, plus another 20,500 so far in 2011. This doesn’t include the 120,000 layoffs the postmaster general wants to make or the 100,000 more jobs to be lost to attrition. That’s a loss of 350,500 out of 645,000, well over half. To so rashly jeopardize so many good middle-class jobs when the unemployment level is so high is nothing but gross negligence and reckless folly. And yet, that’s exactly what the postmaster general is intent on doing.

With unemployment rates still perilously high, the number of jobs already lost (130,500) is significant. To lose another 220,000 jobs would have a potentially catastrophic effect on unemployment levels and on the economy. It could be enough to push us into a full-blown economic depression.

The Post Office is such a fixture in American lives that we seldom give it much thought. Nearly every town has a post office. Larger towns have several. Your letter carrier will not only deliver your mail but pick up outgoing mail. Many of us give the USPS so little thought that we think we could manage without it no problem.
But think carefully for a moment about what your community would be like without its post office. Think about how many times in your life you’ve gone to the post office, how many times you’ve put outgoing mail in your mailbox, how many times you’ve ordered products online that have been shipped via USPS, how many times you've received birthday cards, holiday cards, condolences, and thank-you notes that made your day.
Maybe some of us wouldn’t notice much. After all, who writes letters and sends them through the mail anymore? Isn’t it the Internet that connects us all now? But the vast majority of Americans, especially those in rural areas, would feel the loss of the Post Office acutely. Yes, the Internet has bound us together in new and exciting ways, but not in ways that obviate the need for our postal service.

The United States Postal Service shall be operated as a basic and fundamental service provided to the people by the Government of the United States, authorized by the Constitution, created by Act of Congress, and supported by the people. The Postal Service shall have as its basic function the obligation to provide postal services to bind the Nation together through the personal, educational, literary, and business correspondence of the people. It shall provide prompt, reliable, and efficient services to patrons in all areas and shall render postal services to all communities. (39 U.S.C. 101(a))

Those who want to dismantle the postal service are counting on Americans being asleep and complacent. They know we don't want to lose our post office, they know we'll be outraged, but they hope that by the time we wake up it will be too late.
Action Items: Moles to Whack
Sign and share the petition to maintain the current service standards for first-class mail. Deadline is October 21, 2011.
Send a letter objecting to the USPS's proposal to "relax" first-class delivery standards to Manager, Industry Engagement and Outreach, United States Postal Service, 475 L’Enfant Plaza, SW – Room 4617, Washington, DC 20260, or e-mail to industryfeedback@usps.com. Deadline is October 21, 2011.
Sign and share the petition to Congress to keep the USPS from being destroyed. We're planning to close this petition and send it to Congress in the very near future. It'd be great if we could get 3,000 signatures before we send it (we currently have 2,864).

Sign and share the WhiteHouse.gov petition to save the postal service.
Stay informed. There are already many posts on the Worley Dervish about the assault on the USPS, and we'll continue to post about unfolding developments. There's always lots of good information at Save the Post Office, a website put together by Steve Hutkins.
Posted by Unknown at 11:59 AM