Ready for the Bread Line? The "Wisconsinization" of the USPS 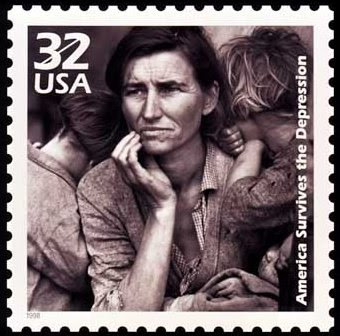 Yesterday afternoon, a Senate hearing entitled "U.S. Postal Service in Crisis: Proposals to Prevent a Postal Shutdown" was convened before the Committee on Homeland Security and Government Affairs, chaired by none other than the inimitable Joe Lieberman (I-Conn.). In his introductory statement, Senator Joe had this to say about the USPS:

Through parts of four centuries, the Postal System has actually helped make us a nation, connecting the American people to one another, moving commerce and culture coast to coast and to all points in between. The Postal Service has also bound individual towns and neighborhoods together, with the local Post Office often serving as a center of civic life.
Over the years, the Post Office has grown very large. Today the United States Postal Service is the second largest employer in the United States, second only to Wal-Mart. And with 32,000 Post Offices, it has more domestic retail outlets than Wal-Mart, Starbucks and McDonalds combined. Sadly, these impressive statistics belie a troubled business on the verge of bankruptcy. . . . The bottom line here is that if nothing is done, the Postal Service will run out of money and be forced to severely slash service and employees. And that is the last thing our struggling economy and our country need right now.

First, Mr. Chair, the USPS is not a "troubled business." It is not a business at all. It is a public service. Certainly, severely slashing service and employees (sounds extremely painful both literally and figuratively) is indeed the "last thing our struggling economy and our country need right now." I can't help but think that was a Freudian slip about slashing employees (rather than slashing jobs or slashing the number of employees).
In her statement, Senator Susan Collins (R-Maine) correctly asserted that "the Postal Service plays an essential role in our national economy. . . . The Postal Service directly supports a $1.1 trillion mailing industry that employs approximately 8.7 million Americans. . . . Many of these businesses can’t turn to readily available alternatives. They depend on a healthy, efficient Postal Service."
The National Association of Letter Carriers (NALC) has pointed out that the USPS's financial difficulties can be entirely attributed to the "congressional mandate to pre-fund future retiree health benefits. [The USPS] is the only federal agency required to do so: It must pre-fund these benefits some 75 years into the future on a massively accelerated schedule. This postal-only mandate, which costs the USPS $5.5 billion per year, accounts for 100 percent of the Postal Service’s $20 billion in losses over the past four years. It also accounts for 100 percent of the rise in the Postal Service’s debt in recent years. Without the mandate, the USPS would have been profitable over the past four years and it would have significant borrowing authority to ride out the bad economy" (emphasis added).

That the truth of this situation is not being reported on and that the lies about the situation are being spread by the media has me howling mad. According to savethepostoffice.com, "The Postal Service could be pursuing a rate increase now to help with its cash flow problem, yet it was just a few weeks ago that the Postal Service pulled its request for an 'exigent rate increase' (i.e., one that goes beyond the rate of inflation) because the Postmaster General didn’t want to anger the mail industry — his big 'stakeholders,' for whom a small increase means less profit."
In his testimony yesterday, Postmaster General Patrick Donahoe pointed out that as of June 2011 the number of USPS employees had been reduced by 8,000 in the previous quarter. So not only is the USPS hemorrhaging money, it's already hemorrhaging jobs at an alarming rate. In the last four years, the number of USPS career employees has been reduced by 110,000, plus another 20,500 so far in 2011.
Nevertheless, Donahoe wants Congress to give him permission to break a four-month-old contract so he can slash 220,000 more jobs. He wants to go to 5-day delivery and slash worker benefits. The point of this, really, is not to save the USPS. It is to destroy the postal unions.
As Chuck Zlatkin asserts in his perceptive piece in OpEd News, the situation is nothing less than the "Wisconsinization" of the postal service, that is, it's "an excuse to break postal unions and siphon off the profitable aspects of mail delivery to private enterprise and demanding that those most in need sacrifice again."
Both Collins and Lieberman praised Donahoe yesterday for his "courage" and his "creative proposals." Donahoe's proposal to throw the USPS under the bus is neither courageous nor creative. It's cowardly and utterly destructive.
Because the USPS is so big and is spread all over the country, because it supports a $1.1 trillion industry, gutting the USPS as Donahoe proposes will have a calamitous effect on the already embattled US economy. It will have a far greater impact than the "Wisconsinization" of Wisconsin. It will be an enormous blow to the already rapidly shrinking middle class and may very well precipitate another Great Depression.
Remember the bread lines, soup kitchens, hoboes, and Hoovervilles of the 1930s? They may be our future as well as our past.
* * *
If you haven't already signed the petition, please do so,
and ask your friends and family to as well.
Posted by Unknown at 11:08 AM